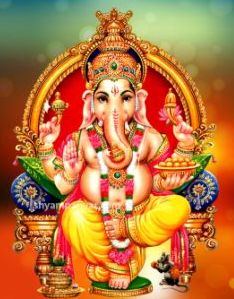 पूजा करने के लिए सुबह जल्दी उठकर,नहा धोकर ,साफ कपड़े पहन कर भगवान गणेश कि प्रतिमा के आगे  नतमस्तक होकर व्रत का संकल्प लें | दोपहर मे लाल रंग का आसन बिछाकर पूरे विधीविधान के साथ पूजा करें ,तथा कथा वाचन कर के व्रत पूरा करें ,इस दिन गणपति जी को मोदक का भोग लगाया जाता है |
Interesting facts about Ganesh Chaturthi (In English)
According to Hindu religion, after the new moon of every month, the Chaturthi falls on Vinayaka Chaturthi and after the full moon, Sankashti Chaturthi falls on the Krishna Paksha Chaturthi. Vinayaka Chaturthi is also known as Ganesh Chaturthi. According to the Puranas, it is said that Lord Ganapati was born on the Chaturthi Tithi of Shukla Paksha. That is why on the day of Chaturthi, the birth anniversary of Lord Ganapati ji is celebrated.
Especially this festival is celebrated in India on Shukla Chaturthi of Bhadrapada month with great pomp. On this day people install the idol of Ganesh ji on their worship altar and worship it for ten days.
The people of Maharashtra state of India especially consider Lord Ganapati as their presiding deity. During the ten-day festival, every person, from the smallest to the greatest, chants the name of 'Ganpati Bappa Moriya' and worships his name.On the tenth day, the idol of Ganpati ji is immersed in the river after taking out a procession.
Worship of these days is considered very auspicious for getting a son, but if any person is unable to keep the fast, then he can get the results by worshiping Ganapati ji with love and completing it. Especially on the day of Ganesh Chaturthi, worship done in the afternoon is considered auspicious.
To worship, get up early in the morning, take a bath, wear clean clothes and take a vow of fasting before the idol of Lord Ganesha. In the afternoon, after laying a red colored seat, worship with full rituals, and complete the fast by reading the story, Modak is offered to Ganapati on this day.

Its all about friendly conversation here to small review: I'd love to hear from you.

Be sure to check back again because I do make every effort to reply to your comments here.